Cory Wallace was awarded an internship under the supervision of Dr. Stuart Davies to assist in inventorying Scotty Creek Forest Dynamic Plot this past summer. He continues working on Scotty Creek related data, with the intention of continuing his education at the graduate level. Cory is currently working as a research assistant to Dr. Jennifer Baltzer at Wilfrid Laurier University. He received his B.Sc. in Forest Science from the Faculty of Forestry at the University of British Columbia in May of 2013. His research interests focus on understanding the mechanisms behind plant species distributions and plant community composition and structure.

As a requirement of the internship Cory wrote a report about his experience at Scotty Creek: 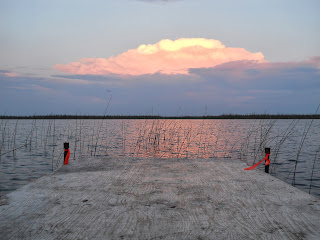 "Scotty Creek is a land of water. You do not need to spend much time in the discontinuous permafrost peatlands to realize how important water is in shaping everything in the system. The bogs, fens, and lakes that make up large portions of the total surface area are all defined by their relationship with water. There is dry land, but even that is caused by soil water freezing, forming permafrost, and lifting the peat out of the surrounding water. Looking out from the dock at Goose Lake, you get a real sense for the lack of topographic variation in the area. Black spruce (Picea mariana) dominates the permafrost plateaus bordering the lake, making the horizon look like a flat wall of trees. What hills are visible appear to skirt the edge of the lake, despite often being several hundred meters away. One of few exceptions to this is the hill Goose Lake Camp itself is situated upon. A relatively

unique deposit of mineral soil, this small hill rises about four meters above the lake and is home to some of the rare tree species of Scotty Creek, namely jack pine (Pinus banksiana) and trembling aspen (Populus tremuloides).

This hill was my home for one hundred days this summer, starting with a helicopter ride in on May 23rd and ending with a floatplane flight out on September 2nd. It also acted as a base of operations for the primary purpose of my being at Scotty Creek, which was to inventory and map the Scotty Creek forest dynamics plot that is the first boreal plot within the CTFS-ForestGEO network. The goal was to measure the diameter of every tree in the 20.8-hectare plot that was between 1 and 10 centimeters in diameter at 1.3 meters up the stem. The stand density of trees in this size class was quite variable from quadrat to quadrat. Quadrats consisting of large bogs could easily have only one or two trees, while the quadrats dominated by permafrost plateaus could contain thick black spruce forests, occasionally reaching densities up to 550 trees per 400 sq-meter quadrat. Unfortunately, we had not expected this kind of density and by the end of the summer we had finished less than one quarter of the plot.

We ran into a few additional puzzles this summer. Most notable among them was the identification of birch (Betula spp.). We began the summer expecting only three species of birch. These were Betula glandulosa, B. occidentalis, and B. neoalaskana. We later learned that there was likely also B. pumila in the plot and that this looked very similar to what we had been calling a hybrid between B. glandulosa and B. occidentalis. To complicate things further we learned that B. nana hybrids were also possibly present and that all five species hybridized with one another. This confusion led to the creation of a Betula herbarium and corresponding catalogue. With this project we tried to capture as much of the phenotypic variation present in the plot as we could. The next step is for someone with more knowledge of the genus to use this catalogue to assign samples to species. Hopefully this will help the next plot crew be clearer on their identification. A similar catalogue was created for the genus Salix, which also gave us trouble. 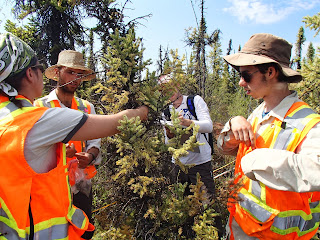 The nights started getting dark in my last few weeks at camp. Finally the birch and the Labrador tea (Rhodedendron groenlandecum) began to change color and mornings became dewy. By this time, camp had begun to slow down and my plot work switched from inventorying trees to collecting roots. Dr. Gord McNickle and I spent a few weeks twisting PVC pipe into the ground to pull up soil cores. This was done evenly across a general productivity gradient that stretches from east to west in the plot. The goal of this work was to get an idea of root density in the plot as well as to study how this density might change with nutrient availability in an ecosystem already starved for nutrients. Attempting to address a similar question, I began work on a project studying how ectomycorrhizal fungal associations change along the same productivity gradient. As the days got colder, I found myself digging through peat attempting to find as many fine roots as possible from small (10- 130 centimeters in height) black spruce and tamarack (Larix laricina) individuals. With all of the samples back in Waterloo, I am now getting a chance to process and morphotype the root tips." 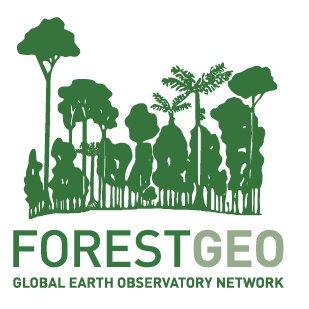